It’s not surprising that the internet is being integrated into our everyday items making everything interconnected. That’s right. Everything from our phones to the stovetops has now become digital and can be accessed by the single click of a button. IoT has made things a lot easier and smarter, to say the least. Since it’s becoming so integrated into the system, we can also see it changing the moving industry. The IoT isn’t just being used to keep track of merchandise and items, but also to ‘control’ self-driving cars that are quicker and a lot more efficient.

How the Moving Industry Is Adopting IoT

While most businesses are still struggling to grasp and understand the possibilities of IoT, moving companies have already started implementing the technology. Because this particular sector is responsible for moving things and has to rely on distributed networks, IoT and data-driven technology have proved to be very helpful in taking them forwards. This is why these moving companies were first to see the benefits of IoT and have not only adopted but placed these technologies at the forefront of their businesses.
The Internet of Things is being used in diverse settings by the moving industry which includes real-time tracking of packages and moving material, asset maintenance, route optimization and a lot more. According to The Center for Retail Compliance reports, companies have started to turn towards efficient and enhanced operations so they can reduce transport-related costs and bring down inefficiencies which were a result of human error.
Adopting the IoT and the newest technology isn’t just a smart way to reduce transport costs but also helps in handling complex data and results in better engagement and customer satisfaction. IoT also helps the businesses in the moving industry make better decisions and has been seen to bring about an increase in revenue and profits as well.

If you haven’t been living under a rock, you’ve already heard about smart cars and how they’re changing the now and the future of things. Today, we can see efficient vehicles on the road that don’t need fuel to run them and beta testing of cars that are being driven without drivers. The moving industry is quickly catching up to the trend, and many are considering to grab this opportunity as soon as it hits the market.
With Tesla already testing its driverless semi-trucks on the road in real time, it’s not long before we’ll be able to see these vehicles being employed for commercial and residential moving.
Here’re a couple of benefits that the moving industry will see because of driverless trucks.

Reports reveal driverless trucks are predicted to become available to the world even before autonomous cars because it will bring about a lot of benefits. Though companies like Tesla and Mercedes-Benz have taken the lead role, other automobile giants are manufacturing trucks that’ll be able to transport goods from one place to another without the need for a driver. Though humans will be doing the other work such as the pulling in and out of items and merchandise, the driverless trucks and AIs will be responsible for ‘moving’ your valuables.
Once this part of the IoT is fully integrated into the moving industry, companies will no longer need tons of trucks to transport goods because the vehicles will be allowed to travel 24/7 and will only be required to stop for fuel and other such necessities. As a result of this, the rate of accidents will go down, and when that happens, insurance premiums are also accepted to go down. Moreover, when cars have fewer accidents related to trucks, premiums for smaller cars will also go down.
After the trucks have replaced the human drivers in entirety, companies will save millions in costs and increase by folds in profit. These AI controlled driverless cars are said to have a tremendous impact not only on safety but also on human behavior, society, economics and eventually, jobs.

In 2016, a group of driverless trucks drove from Europe and successfully arrived at the Port of Rotterdam after crossing the continent. This demonstration shows that the self-driving technology is right around the corner and as soon as the regulatory barriers are out of the picture, things will start to change for the moving industry. However, one of the few things to keep in mind is that this switch to intelligent vehicles can only be made possible if there’re a few changes in the highways and these vehicles are given a dedicated lane, so that human drivers aren’t scared.
Also, these trucks can be allowed on the road is if the government is on board with it and this is something the regulators aren’t quick to do because along with all the benefits, it will also potentially take away many jobs. However, the benefits of this particular IoT technology are so high that it can’t be ignored. Much like tractors were introduced to the agricultural industry and improved things far and wide, smart and driverless trucks can now change the way commercial and residential moving takes place.
The Internet of Things and the moving industry go hand in hand, and it won’t be long before you’re moving your essentials from one house to another through an AI-driven truck.

Rachael Everly loves to write on the topics related to business leadership, finance, technology and education. Her passion and flare for writing got her to write for topics that interest her such as recent technological trends and how they shape the business world. Her thought-provoking writing style has made her work to be recognized on well-known websites. She has been featured on some of the top blogs such as Inman, Forbes, Escape Artist and many others currently associated with Equip Sells It, a heavy machinery and equipment dealer in Sanford, Florida for their blogging operations. Follow her on Twitter @RachaelEverly, become friends on Facebook and connect with her on Linkedin for further updates. 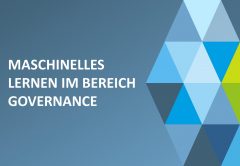